We are so excited to interview Lizzy Weiss, the creator of Switched at Birth!

About Switched at Birth

Switched at Birth tells the story of two teenage girls who discover they were accidentally switched as newborns in the hospital. Bay Kennish grew up in a wealthy family with two parents and a brother. Meanwhile, Daphne Vasquez, who contracted meningitis and became deaf at an early age, grew up with a single mother in a working-class neighborhood. Things come to a dramatic head when the families discover that the girls were switched at birth.

Interview with Lizzy Weiss, the Creator of Switched at Birth 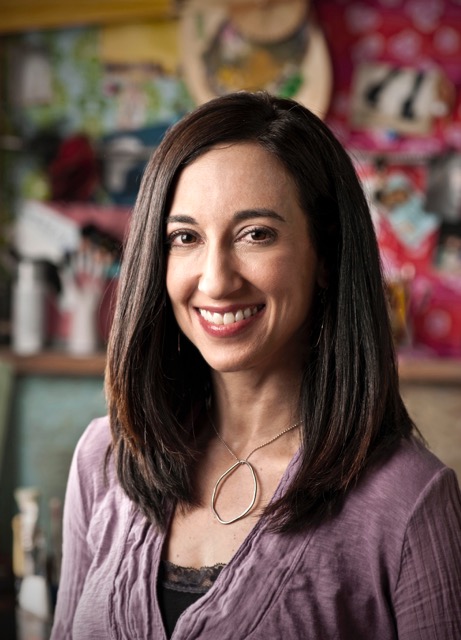 What was your motivation for creating the show?

I’m a writer so I’m always looking for great stories and when I heard about two middle-aged women who discovered that they had been switched at birth, I knew that making them teenagers would make a really interesting examination of nature vs. nurture. The decision to make one of the girls deaf came later, so it wasn’t the primary inspiration for the show; it was more of an extra complication to the main hook.

Did you have ties to the Deaf community prior to creating the show?

I took a class in college called Theater of the Deaf in which we had to perform monologues, songs, and poems in sign language. When I decided to make one of the girls different in some way to create more conflict with her birth family, I instantly knew that I wanted her to be deaf. (Take unusual classes in college even if they don’t fulfill requirements! They’ll pay off in ways you can’t anticipate later!)

What sort of background research did you do in creating the show?

I saw documentaries on deaf history and the cochlear implant debate; I read memoirs and lurked on deaf blogs and forums; and most importantly, I visited Marlton School for the Deaf in Los Angeles and interviewed multiple classes of students about their lives.

How was Katie Leclerc selected for the role of Daphne? How did she feel about acting with a deaf accent and is it difficult for her?

We had an open call for the part of Daphne so that we could be more inclusive and provide an opportunity to someone who wasn’t in the system (i.e. not just people with agents). People drove for hours to audition and spoke to me about the script and how much it meant to them to have a deaf protagonist; it was very moving. Katie nailed the audition in every way: in her acting, being fluent in ASL, plus the extra little magic of having the same coloring as Lea Thompson, who we knew we wanted to cast as the part of her biological mother.

But Katie is hard of hearing (from Meniere’s Disease) and I knew that I wanted Daphne to be more deaf than Katie in order to provide more anxiety and conflict with her bio family. We asked her if she would be comfortable coming back and auditioning again with a deaf accent and she said she felt very comfortable since she has been around deaf people her whole life. She worked with her sister (who is deaf) to map out which syllables would be difficult for her; I think by now, 93 episodes in, it’s pretty much second nature.

In the show, Regina stopped signing to Daphne because of an injury. Was there a behind-the-scenes reason she stopped?

Sadly, there was. It was a true heartbreak for all of us that Constance had to stop signing. All of the other actors got to learn gradually because their characters learned slowly over time. But Regina was supposed to be fluent when we met her, so she had to do a crash course in ASL. Everyone’s hands are different and for some reason, the repetitive motion of so much practicing gave her carpal tunnel syndrome (especially after an eight-hour day of shooting a key scene in episode 8, ‘Pandora’s Box,’ in Season 1 in which Regina reveals a huge secret). In any case, her doctors required her to stop signing altogether. Luckily, at the same time, so many of the other characters started signing that it didn’t affect the texture of the show, and the amount of ASL that I wanted.

How long did it take the hearing actors to learn sign language?

We have an ASL master (Jack Jason, who is also Marlee Matlin’s long-time interpreter) who teaches all of the actors their signs for their lines weekly. He is available for tutoring; he makes videos for them; and he is on set for every sign language scene to correct or guide them. Sometimes I consult with him as well when new characters are learning ASL and we talk about what level we want them to be at, or what sign to use in a certain scene, or when they should fingerspell, things like that.

Does anyone use Signing Savvy associated with the show?

I don’t think so but I tell everyone about it! I love the sign of the day. Every morning, my kids (ages 5 and 7) and I check it at breakfast and we learn it together! And I teach my daughter’s kindergarten class a new song every week. This week we are going to do animals and if a kid asks me an animal I don’t know, I’ll just look it up in the dictionary!

Switched at Birth is actually what inspired me to learn ASL! Is there an interpreter on set at all times for crew members who may not know ASL but need to interact with the Deaf actors?

Has the show gotten a lot of positive feedback about its use with Deaf actors and ASL?

Yes! It has been delightful hearing how many people say they were inspired to learn sign language - or even become interpreters - from the show. I love when people tweet that they felt more comfortable talking to a deaf patient or a deaf customer because of the show, that is fantastic.

Absolutely. Sign language is totally part of my life now, both professionally and personally. I’m pushing my family to learn it so we can have a secret (kind of) language!

Again, a big thank you to Lizzy for answering the questions from Signing Savvy fans!

I would just like to tell u that I'm a huge fan of the show Switched at Birth and I am amazed at how it has alot of ASL...I love it...and am learning alot more than I knew before..I just have one question,how would I go about to become an Interpreter? Signed:Melinda

The Canadian Dictionary OF ASL

he date had blank-face Video