Nyle DiMarco, who just happens to be deaf, was awarded the Mirror Ball Trophy and crowned the champion of Dancing with the Stars, Season 22, with his partner Peta Murgatroyd.

I CANT BELIEVE IT! WE WON! WE WON THE MIRROR BALL!!! This is for 70 million Deaf people in the world! Thank you all for your CONTINUING SUPPORT. @petamurgatroyd YOU ARE AMAZING. Thank you for embracing this journey with me. Thank you for pushing me and believing in me. I love you!

A photo posted by Nyle DiMarco (@nyledimarco) on

Nyle can’t hear the music or feel its vibrations. Like the other dancers, he relies on lots of practice, but Nyle and Peta also use visual cues, signals, scratches on the back, and hand squeezes to stay in sync with each other. When practicing, Peta also taps the tempo of the music on Nyle’s shoulder so he can sense the rhythm. Peta said Nyle has a secret advantage over competitors, "They get freaked out by all the noise," she said. "There's hundreds of people in the ballroom. So Nyle can't hear any of that. He's in his own world with me. And it's kind of perfect."

Peta started to learn American Sign Language (ASL) as soon as she became partners with Nyle. “The first week that we worked together, she was already starting to learn my language and my culture,” Nyle said. The pair developed a deep connection throughout the season because they each had to learn how to communicate using each other’s unique languages - Nyle through American Sign Language and Peta through dance. Nyle said, "It really was about learning about each other's worlds and I think that message was really strong."

Nyle chose a special song, with a special meaning, for his freestyle dance on the finale of Dancing with the Stars. He chose the song “Sound of Silence” covered by the heavy metal band Disturbed and originally by Simon and Garfunkel. Nyle and dance partner Peta worked with contemporary choreographer Talia Favia to make the dance a moving performance focused on storytelling. Nyle said, “Our dance together is for million’s of deaf people, this dance needs to reflect all of them.”

Watch Nyle and Peta's freestyle dance to the Sound of Silence (unfortunately, this video from ABC is not captioned):

The song’s lyrics start with, “Hello darkness, my old friend,” and in a letter to the band Disturbed where Nyle asked for permission to use the song for their freestyle dance, he explained, “we the Deaf people underwent a terrible history and we are still stuck in the darkness. The darkness of oppression that your song truly reverberated to me.”

My name is Nyle DiMarco. I am Deaf. I'm the fourth generation and I have over 25 Deaf members in my family. I am now in the semi finals towards the Mirror Ball on Dancing With The Stars. I am writing this letter to let you know how much your song "Sound of Silence" means so much to me and my Deaf community and that I would love to dance to your song for the finals. I feel this is important for you to know that we the Deaf people underwent a terrible history and we are still stuck in the darkness. The darkness of oppression that your song truly reverberated to me.

Before the year 1880, we the Deaf people lived normal lives. We were perceived normal. We held political positions. We joined the army. We had jobs. We had an education through sign language that greatly benefited to our visual eyes and silent ears. It was until the Milan Conference in 1880 that led to language deprivation and... ultimately our culture, our job opportunities, and our intelligence. We were tortured. Our ancestors underwent electric shock chairs, surgeries (without anesthesia), and so many torturing methods just to help us regain our hearing. We were also punished if we used sign language. We were whipped. Slapped with our rulers. Abused. We were required to try and learn to speak (and that always, always miserably failed).

We also lost jobs. Many now perceive us as disabled, that we can't serve the army, hold political positions, nor teach.

Because of the conference that almost led to the death of the Deaf culture (and was basically genocide and cultural-genocide), we are still trying to get out of the dark. I just founded Nyle DiMarco Foundation and our focus is on Deaf kids. We are working with state and U.S. senators to write and pass the bill that requires bilingualism (American Sign Language and English) because it was recently proven by science that it will benefit the Deaf child a lot more than just English only. I am using my celebrity platform and especially on DWTS for good cause.

With your song... we are planning on showing my history's terrible times through dancing... and to your powerful and moving song. We feel that with you, your song, and us, we will make/change history and help people better understand our history, and build allies all over the world to help better Deaf lives.

Help us resurface from our darkness, from the systematic oppression. There is power in Sound of Silence.

We hope you will grant us the permission. Lets change history together!

The song also talks about “people talking without speaking” and “people hearing without listening” and just as Nyle and Peta were able to masterly story tell through their moving dance, the Deaf are able to communicate through their beautiful sign language, but it isn’t always easy. Nyle explained “people see what we’re saying, but we’re not listened to.”

Judge Carrie Ann Inaba said, “In twenty-two seasons, that is the best dance I have ever seen… what’s so profound about it is not only do I see a man that wants to prove he can dance, in this incredible way and this new approach to how you connect with all of us and the music, but I also see a man that is proving he can change the world through dance.” Inaba even signed to Nyle when giving some of her final feedback, “Because you've spoken to us so eloquently in our language of dance, I want to say this to you and I hope I get it right." Then she stood up and signed in ASL, “Thank you for sharing what's in your heart.”

Inaba reflected earlier in the season “that sign language is a kind of a dance -- it is a movement that expresses. So in a way, he’s been dancing with his hands his whole life. I think this is part of why his performances are so deeply moving. When he dances, there is a hush that comes over the ballroom that is not just about the respect we all feel for the fact that he is dancing without actually hearing the music, but is also about being in awe of his powerful connection to the movement, his heartfelt storytelling.”

Peta was overcome with emotion after they performed their freestyle dance and said, “What he has done every single week out here is nothing short of extraordinary.”

As Nyle said in his letter to Disturbed, “There is power in Sound of Silence.”

Congratulations to Nyle and Peta!

Thank you Signing Savvy for including Nyle Dimarco's journey on this awesome site. I had watched ANTM because there was going to be a Deaf contestant and he certainly kept me interested throughout the show and then won!  And now winning DWTS. He is truly an inspiration to everyone. 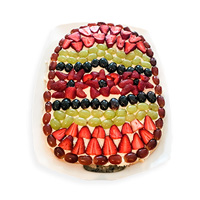