Mandy Harvey starting singing when she was four. She sang in choral groups and music competitions in high school and she was recognized as the "Top Female Vocalist" at Longmont High School when she graduated in 2006. Mandy was then one of only fifteen students accepted as a vocal major into Colorado State University. However, Mandy suffered from reoccurring hearing problems and during her freshman year in college she lost hearing (110 decibels) in both ears. Doctors believe her hearing loss was caused by a genetic connective tissue disorder exacerbated by medications used during knee surgeries.

After her hearing loss, Mandy was discouraged and left Colorado State University to take a break from singing and return home to Longmont, Colorado. She started taking classes at the local community college in American Sign Language and Elementary Education. Although she stopped singing, she continued to play the guitar with her father. Encouraged by her father, she began to work on learning the lyrics to "Come Home" by OneRepublic. She discovered she was able to read the music and sing in key, which motivated her to not give up on signing.

A visit with one of her former college music professors in 2008 also helped revive her music passion and got her connected to the jazz scene at Jay’s Bistro in Fort Collins and she began performing there regularly for several years. She then began having regular concerts at the Dazzle Jazz Lounge in Denver (one of the top 100 Jazz venues in the world). In 2011, Mandy won the VSA’s International Young Soloist Award and has performed at the Kennedy Center in Washington, D.C. several times.

Mandy is an ambassador with the non-profit No Barriers, an organization that helps individuals with disabilities and wounded veterans overcome the obstacles they face in their day to day lives. She wrote the song Try because "After I lost my hearing, I gave up. But I want to do more with my life than just give up.” Watch this video of Mandy auditioning for the T.V. show America’s Got Talent and singing her song Try.

Note: Captions are available on the video (click the CC button), but they aren’t entirely accurate. For example, they say "death" instead of "deaf" and "beach" instead of "beat." We are unable to change the captions since the video was published by American’s Got Talent, but we have contacted them with this feedback and included a transcript of the video below.

HARVEY: Hi! How are you?

COWELL: And what’s your name?

COWELL: And who’s this?

COWELL: Nice to meet you Sarah.

SARAH: Nice to meet you sir, doing well thank you.

COWELL: Ok Mandy, so I think I’ve worked this out. So you’re deaf?

HARVEY: Yes, I lost all my hearing when I was 18 years old.

COWELL: Wow, and how old are you now?

COWELL: And Mandy, how did you lose your hearing, if you don’t mind me asking?

HARVEY: I have a connective tissue disorder, so basically I got sick and my nerves deteriorated.

COWELL: So you were signing before you lost your hearing?

HARVEY: Yeah, I’ve been singing since I was 4. So I left music after I lost my hearing and then figured out how to get back into singing with muscle memory, using visual tuners, and trusting my pitch.

MANDEL: So your shoes are off because you are feeling the vibration. Is that how you’re following the music?

HARVEY: Yeah, I’m feeling the tempo, the beat, through the floor.

COWELL: And Mandy, what are you going to sing?

COWELL: Okay, can you tell me what it’s about?

HARVEY: After I lost my hearing, I gave up. But I want to do more with my life than just give up.

COWELL: Good for you.

COWELL: Good for you. Well look, this is your moment, and good luck.

COWELL: Mandy, I don’t think you’re going to need a translator for this…

COWELL: Hey, you sing incredible. I mean, I’ve done this a long time, that was one of the most amazing things that I’ve ever seen and heard.

HARVEY: Thank you so much.

COWELL: That was amazing. Amazing.

COWELL: Honestly, I never think I’m going to be surprised or amazed by people, and then you turn up. I mean, just the fact that you are you, but it was your voice, your tone. The song was beautiful. Congratulations you are straight through to the live show.

COWELL: Mandy, you know what, we found each other.

Bravo Mandy! We’re glad you decided to "Try," so we could see your love and passion for music! 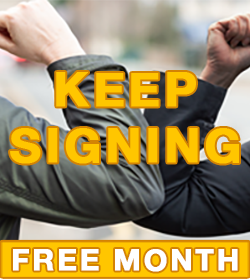