The Mysterious Confusion Between Deafness and Blindness

"Oh, so you work with deaf people...so does that mean you know Braille?"

I am sure many of you who have told people you are interested in sign language have heard a question similar to the one above. Although Braille is used by the blind, people often confuse it as a tool for the deaf. As a former teacher of deaf and hard of hearing children, I have witnessed confusion between deafness and blindess several times in my career. I am not sure why people confuse deafness and blindness... and the communication techniques of each, but it happens all the time!

I wonder if it has something to do with the famous story of Helen Keller (see video below).

She was a deaf-blind woman who used, among other things, sign language to communicate. But it was tactile signing that she used, not American Sign Language.

Tactile signing is when signing is done through touch. The signing used could be modified American Sign Language, tactile fingerspelling, another modified form of a sign language, modified manually coded language, some kind of code or something else. It is a common way deaf-blind people communicate.

As a young man I saw the movie, The Miracle Worker (1962), in school. I think everyone in my class learned the sign WATER from watching the story of the young Helen and her teacher, Anne Sullivan, unfold in front of us.

Because of the combination of deafness and blindness in some individuals, such as Helen Keller, I would like to give you a little background about how people who are deaf AND blind are communicated with.

Anne Sullivan was the first famous true intervener, although it was not called that in her day. An intervener (or intervenor, in Canada) is defined as a person who provides intervention to an individual who is deaf-blind. An intervener mediates between the person who is deafblind and his or her environment to enable him or her to communicate effectively with and receive non-distorted information from the world around them. An intervener acts as the eyes and ears of the person with deaf-blindness.

An intervener (or intervenor, in Canada) is defined as a person who provides intervention to an individual who is deaf-blind. They help people who are deaf-blind communicate. They also have the goal of improving the individual's social and emotional well-being.

An ASL Interpreter translates spoken words into sign langauge and sign language into spoken words. They help people who are deaf or hard of hearing and people who can hear communicate with each other.

A person CAN be both an interpreter AND an intervener. In addition to the standard interpreter qualifications, the person would need to have training in the field of intervention with deafblind people.

keep up the good work

i am an ITP student in my fourth year now...amazing to enter this world that is the deaf community and see so much ignorance and misinformation that surrounds it as well. As a minority myself (hispanic) i can understand the frustration in becoming a representative of the community to those hearing people around you, but mostly we laugh it off A LOT because in the end we have to educate but also move on. I like this site because rather than just giving you a sign it puts it in context. When i get a better paying job i will surely pay for the site ;) but im still in school but i appreciate your work on the site keep it up. 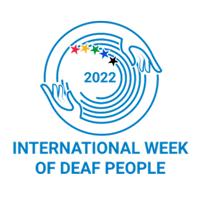 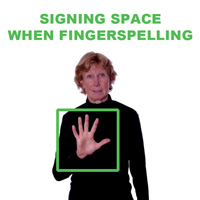 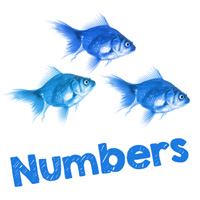 Signs That Are Close... But Not the Same — Numbers