The Hammer, a movie based on the life of the first deaf NCAA Wrestling Champion and UFC Fighter Matt "The Hammer" Hamill, was released on DVD a few weeks ago. The DVD cover says, "the inspirational true story," and it was just that… whether or not you are interested in wrestling, sign language, or deaf culture, the movie is an inspirational story about overcoming challenges and working hard to make your dreams a reality. And if you are interested in sign language (of course you are, if you are on Signing Savvy!), you should check out this movie.

The film takes us on Matt's journey from childhood to an adult, starting with a scene where his grandfather is in the room with an audiologist while Matt, as a toddler, is having his hearing tested. The grandfather says to the audiologist, "After a couple of flashing lights and a teddy bear, you're going to tell me my grandson is deaf and dumb?" The audiologist responds, "No… I'm going to tell you, you have a highly intelligent grandson who is profoundly deaf." 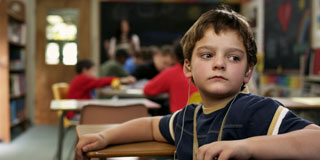 This heart-wrenching opening scene represents an all too common misconception of those who are deaf or hard of hearing (HOH). There is nothing "dumb" about deaf or HOH individuals and please be careful with using the terminology "handicapped" as well. Deaf or HOH individuals are just as capable, able, and intelligent as hearing individuals. The Hammer movie does a great job of showing this distinction of different, not disabled.

When you know better, you do better.

Matt's grandfather was a strong influence in his life and although throughout the film he delivers "tough love" to try to make him stronger, it's not because he views Matt as weak, it's because he sees how strong he is. A scene close to the end of the movie shows a softer side of his grandfather and the love he has for Matt (but we won't spoil it for you!). The film can help introduce those unfamiliar with deaf and HOH individuals with deaf culture.

A glimpse into deaf culture.

There are a lot of takeaways in the film for those not familiar with deaf culture. The film's production team made some great decisions which added to the authenticity and overall storytelling within the film: 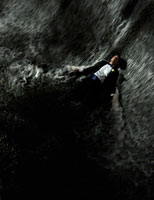 The Hammer is an inspirational story of determination and a sensory view into deaf culture for the hearing. If you are learning sign language, you should check out this movie.

Please note this film is rated PG-13 and not for young children.

The Hammer can be found at Amazon

You can also find it on the website for The Hammer movie.

The Hammer brings up many interesting topics for discussion. If you watched the movie, tell us what you thought:


We would love to hear your thoughts! Leave your comment below or on the Signing Savvy Facebook Page.

I love this movie!

I really enjoyed watching this movie! Thanks for recommending it.