We’re excited to announce that we have added a new person to our tutoring team!

Tutoring sessions let you meet online, one-on-one through video chat. Each session is unique to meet the needs of the person who scheduled the chat. 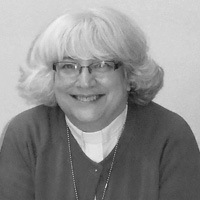 Across 20 years and several states, Suellen Bahleda became certified, interpreted, taught entry-level as well as advanced ASL and interpreting classes, and presented workshops. Now she is a pastor for the Evangelical Lutheran Church in America and is the author of several American Sign Language books. She has also been a member of the Signing Savvy Advisory Board since 2015.

She is a great resource for answering questions about religious signing, however, she is happy to tutor ASL learners of any interest or skill level.

This article is part of our “Signs That Are Close... But Not the Same” series, which highlights signs that look similar, but have different meanings.

Hello! Brenda Cartwright (BC) here. Let's continue on the fun topic of: “Signs That Are Close... But Not the Same.”

The ASL signs shown below look similar, but are not the same. There are many ASL signs that when produced look similar, but in fact have a completely different meaning. Below you will find examples of such signs. Watch closely to see if you can see the difference. In addition, watch my eyebrows, look to see when I tilt my head or lean my body in a certain way, even what my mouth is doing. These nuances are called inflections and trust me, inflections matter. Enjoy!

DECIDE and COURT look similar because they end with both hands in the F handshape moving downward. The glaring difference between DECIDE and COURT is that DECIDE starts with the dominant hand in the 1 handshape at the forehead. However, if you are in a conversation, it could be easy to miss this nuance as the signer transitions from one sign to the next. Paying close attention to the movement of the hands as they move downward will help you decipher between these two signs.

As DECIDE has both hands move downward together, you can think of setting down your thoughts when you make a decision.

You can remember COURT uses an alternating movement because the Judge in COURT has to weigh the options.

These signs use hands in the F handshape because they evolved from the French signs for JUGER (judge) and BALANCE (scales), which were originally described as "with the thumb and index of each hand, take the chains of the trays on a scale and with a light movement alternately raise and lower them."1

2. Supervise vs. Take Care Of

SUPERVISE and TAKE CARE OF have both hands, with palms facing each other, in the V handshape together in front of the torso.

The use of the V handshapes when signing SUPERVISE suggests the eyes of someone watching over you and you can think of the circular movement as looking around or looking over them.

When signing ADVERTISE, think of the hands as words or ideas that are being pushed on people through advertisements.

AWKWARD and WALK / WALK FAST both use hands in the 3 handshape to mimic movement. The signs are similar because they both evolved from the French sign for PAYSAN (peasant), which was described in 1808 as showing "the slow and lazy walk of good country folk, their gross habits, badly cut and unkempt."1

AWKWARD moves in a circular motion and you can think of the movement as clumsy feet. WALK / WALK FAST alternates hands back and forth to represent a walking movement. The faster the hand movement is, the faster the walking is.

Both hands come together in the 10 handshape to sign RACE and GAME. To remember the difference between these two signs, you can think about the sayings "neck and neck" versus "head to head."

When signing RACE, the two hands alternately twist back and forth. Think of each hand as a person in a race and the thumbs are their heads as one person races in front of the other, and then the other. Some people think of the movement as symbolizing two opponents "neck and neck" in a race.

When signing GAME, the two hands tap together at the knuckles two times, think of it as a going "head to head" when two opponents or teams play each other in a game.

How can I figure out the difference between signs on my own?

If you see two signs that look close, but not the same, but you’re not sure, you can use Signing Savvy features to help you figure out the difference. All of our signs have sign descriptions and memory aids that members can access. Reading the sign description and memory aids for the signs can help you figure out the small differences between them that your eyes don’t catch at first. We also recommend using the pause and slow motion feature to slow down the video, so you can take a closer look. These features are available to Signing Savvy members.

These examples are aligned with the Visual Discrimination section of Lesson 7 (page 85) from Lessons and Activities in American Sign Language by Brenda E. Cartwright and Suellen J. Bahleda. Check out the book for more ASL Activities and watch for more examples from this series: “Signs That Are Close... But Not the Same.”

Anthony Constantinou CEO CWM FX - Signs That Are Close... But Not the Same

Anthony Constantinou CEO CWM FX says, "One of the best feature Signing Savvy is the end of confusion when we get confused for two signs that look close, but not the same.

This article is part of a series, which answers sign questions from people who use Signing Savvy.

I am trying to find a way to teach my child a scripture verse from one of her school lessons, but I cannot find signs for some of the words. The scripture is Psalm 139:14. The words are FEARFULLY and WONDERFULLY. Fearfully would mean in awe or awesomely made. I’m not sure how to teach her this one. Wonderfully I am guessing would be the same as wonderful. Are there different signs for these to words?

There are so many layers here! The first problem in translation is that it has to be something that makes sense to a child.

The second is that this phrase is in the passive voice - it's the “mistakes were made,” rather than “I made a mistake.”

So, how would we interpret “mistakes were made”? I would sign SOMEONE MISTAKE or TRUE MISTAKE (as in yes, there were mistakes) or perhaps TRUE MISTAKE HAPPEN.

This is also one of my favorite verses in the Bible - I use it all the time as assurance for people who are in the hospital, hurt or broken... God made these amazing bodies that have enormous capacity to heal and fight for life.

I also love that this verse is used as the "proof text" for two traditionally oppositional groups - those who have pro-life convictions reference it as witness that the body is a precious creation, even as it is formed in the womb, and the LGBTQ+ community references it as witness that they are created whole and correct and perfectly and wonderfully, too.

Here it is in context:

13 For you created my inmost being;
you knit me together in my mother’s womb.
14 I praise you because I am fearfully and wonderfully made;
your works are wonderful,
I know that full well.

Verse 13 has its own translation challenges, but to focus on interpreting, not translating verse 14 in response to the question, I would combine 'fearfully' and 'wonderfully' by expanding WONDERFUL into MIRACLE (WONDER+WORK) and would sign MY BODY YOUR (to God) MIRACLE.

I don't know if that is a perfect answer, but as I continue to play with it, I like it.

Across 20 years and several states, Suellen Bahleda became certified, interpreted, taught entry-level as well as advanced ASL and interpreting classes, and presented workshops. Now she is a pastor for the Evangelical Lutheran Church in America and is the author of several American Sign Language books. She has also been a member of the Signing Savvy Advisory Board since 2015.

More about Suellen  |  Articles by Suellen