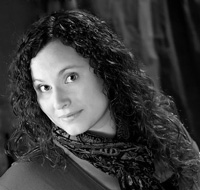 Jillian is an experienced technology strategist and user experience designer passionate about using and creating online tools to make life not only easier, but to increase the quality of life for others.

Jillian harnesses the sign language expertise from members of the Signing Savvy team and brings it to life as a technology solution. Specifically, she manages the design and development of the Signing Savvy website and mobile applications, as well as managing the day-to-day operations of the company.

Jillian has a Masters of Arts degree in Media Arts and Technology and dual Bachelors of Arts Degrees in both Telecommunication and Political Theory and Constitutional Democracy from Michigan State University.

Jillian is an advocate for women in technology and entrepreneurs. She was a founding member of the Michigan Technology Network (MITN), helping transition it from two separate local technology groups into a statewide organization in 2010. She has served as Vice President, Community Chair, and Board Member-At-Large for the MITN Lansing chapter and has also sat on the MITN Statewide board. Jillian has served on the State of Michigan 21st Century CIO Advisory Council - a diverse think tank with representatives across the state who advise the Michigan CIO on how Michiganders want and expect to interact with technology. She was also selected as a top ten nominee for the 2012 Tribute to Women Award from the Women's Center of Greater Lansing.

Previously, Jillian taught web design and development at Michigan State University. Jillian managed and taught over 650 students in courses covering html, css, web design principles, user experience design, project management, mobile web development, and the Drupal Content Management System. She was especially grateful of the opportunity to be part of a grant to teach web content development to high school students in rural communities, including Northern Michigan. During her time at MSU, she also supervised over 100 students taking internships and ran pre-college summer programs that brought youth from 118 cities, 16 states, and 3 countries to MSU to learn about media and technology.

Jillian was first introduced to the world of sign language through her husband who worked on multiple sign language technologies, including the ASL Browser, the Personal Communicator, and Signing Online.

Jillian loves that sign language can give a voice and a way to communicate. She is passionate about giving people access to learn sign language through technology – Signing Savvy – and is always thinking of new features and enhancements to improve the ease of use, general experience, and to make Signing Savvy the best learning resource.