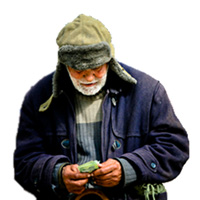 Why Not to Buy Manual Alphabet Cards from Peddlers

We are constantly posting tips, facts, and learning resources related to sign language and Deaf culture on our Twitter @SigningSavvy.  Occasionally we get questions about our tweets and explain them further with a followup article, like this one: At the airport I was approached by a deaf person selling manual alphabet cards. Should I buy one? Answer: No! No! No! #Deaf #ASL
Read Full Article 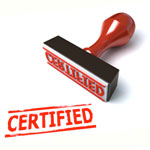 This Interpreter Q & A asks: It just so happens that I’ve been collecting interpreter business cards for a long time now and I’m convinced that anyone and everyone these days can call themselves an "interpreter" without any credentials to back up their claim. Truth be told, our consumers aren’t always familiar with all our acronyms and the terminology we use for certification levels, so they can be easily misled. Here are some examples of titles I have in my collection from non-certified "interpreters" out there: "ASL Interpreter," "State Certified Interpreter," "ITP Graduate," "Freelance Interpreter," "Interpreter for the Hearing Impaired," and my favorite… "Hearing Impaired Interpreter"… this was a hearing person!
Read Full Article 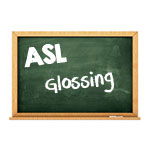 When we set out over six years ago to create Signing Savvy, we had a vision to create the most comprehensive online sign language resource for educators, interpreters, students, or anyone interested in American Sign Language. Recently, we formed a Sign Language Advisory Board. The advisory board advises Signing Savvy on sign language matters and provides guidance to help Signing Savvy accomplish the company's mission and goals.   The growing Sign Language Advisory Board is made up of thought leaders who have ...
Read Full Article

Check out this Duracell commercial about deaf NFL player Derrick Coleman.     NOTE: We by no means are promoting (or not promoting) the use of their batteries or hearing aids in general, just want to make sure that you did not miss this inspirational story.   Derrick Coleman is the first deaf NFL player to ever play in the Super Bowl.  Previously, there were two deaf defensive players in the NFL - Bonnie Sloan was the first deaf player to play in the ...
Read Full Article

Give the Gift of Signing

The holiday season is just around the corner and if you are like me, the thought of "who to get what" is on your mind.  A Signing Savvy membership is a unique, thoughtful, and valuable gift to offer to your friends, family, or colleagues. In the last few years, we have received numerous requests for the ability to purchase Signing Savvy Gift Memberships.  Well, now you can! How does it work? When you purchase a gift membership, you will receive an Activation Code (and ...
Read Full Article

We have had many people ask about signing THANK YOU to family and friends, and also giving thanks to God during this holiday season. In the case of THANK YOU to family and friends (or kind strangers!), you will want to sign the normal thank you gesture by moving your open flat hand out and down from your face, but do so in the direction of the person you are thanking.  You can remember the sign for thank you because it ...
Read Full Article

Tis the season to be jolly!  Below are several holiday-oriented signs and word lists to help celebrate (or at least communicate about) the holidays in sign.   Holiday Signs   We WISH you many BLESSINGS this HOLIDAY SEASON, including HEALTH, HAPPINESS, time spent with FAMILY and FRIENDS, and PEACE, LOVE, and JOY.   View our Holiday Word List   Santa Claus Signs   Have you been NAUGHTY or NICE this year? Make sure to hang your STOCKINGS and put out MILK and COOKIES for SANTA CLAUS.    View our Santa Claus Word ...
Read Full Article

Being inclusive this holiday season

Acceptance and being included is something all of us want in life. Think of growing up and some of the crazy things we did in order to fit in or be part of the group. For many deaf and hard of hearing children, the idea of being the part of a group is something they long for but it is difficult to have happen because of limited communication.   In my several years of teaching deaf and hard of hearing children I ...
Read Full Article 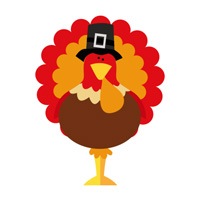 10 signs to know for Thanksgiving